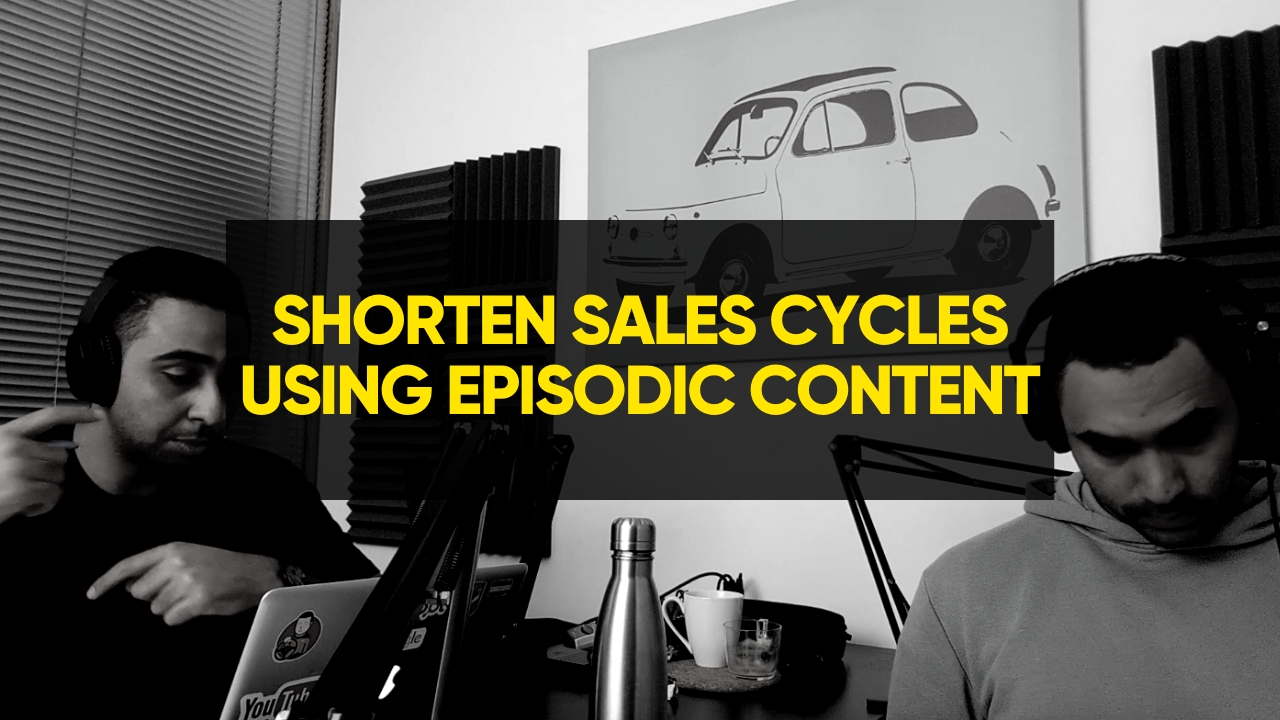 Imagine if you can co-create content with the type of people you hope to be in business with?

Many marketing directors and VPs of content we've spoken to have a few battles to fight at any one time - managing budget against targets, internal alignment with sales, and most importantly, showing over time the value of the hard work their team puts in, expressed in the form of influenced revenue.

After GDPR has passed, databases have shrunk, vagueness increased, and MQLs became harder to score.

What if marketing can start to play a special role that places them in a hybrid marketing-sales position, namely collaborating on creating content around target and key accounts by literally featuring them in the future content pieces, and using that as an outreach mechanism to keep it warm and value-centered.

With an ever-increasing amount of content, it's getting harder and harder to stand out. Millions are being spent in content development that are not breaking even, untraceable to ROI. You may have noticed it yourself.

It's not that leads are not being generated, it's that they're not deemed as quality, often creating pushback and additional questions raised from higher ups and in sales.

As many companies follow and live by the requirements of sales, alignment has never been more important to saving jobs, preventing high turnover, and demonstrating results against hard dollar metrics.

We previously discussed how episodic content can help boost efficiency in content creation by thinking in terms of episodes, whereby each episode can represent a multitude of content formats across video, audio, written and image.

Today I want to talk about how the actual medium of creating a show can help in shortening lengthy, complex sales cycles.

As a marketing director, you understand that sales teams are faced with the challenge of building relationships with prospects and leads over a long period of time. Factors that influence the sale are budget, authority, need, timeline, impact, and consequences of inaction.

Why cold call me when you can invite me on to your show instead?

There is a dynamic whereby the decision maker prefers to defer to his direct reports, such as line managers and individual contributors to ensure that such a solution would play well with their existing day to day operations.

With that, building the relationships that would later allow smoother buy in is of paramount importance, especially to get access to the right people too.

While cold calling is not dead, there's no arguing that it is not as effective as a considered, warm intro, or value-adding interaction overall.

As a head of marketing, building closer alignment with sales can bring tremendous benefits, not limited to:

Today more than ever, brand marketing directors need to have the ability to position their team to be revenue generators, not cost centers.

To get there, smart companies are recognizing that episodic content shows can provide a tremendous win-win value.

By working with sales to identify target accounts and target job titles based on past customer data, you can build up a roster of  great guests for the show you're building, including target cold accounts with weak links.

Make no mistake though, this is not a way to invite your prospects on a show where you close them later. Even if this works, if you approach it with this mentality you will be short-lived and won't last long. If you're at the helm of a brand that has a reputation to protect, then you have even more at stake.

Rather, you feature those people to understand them better, build a relationship, provide them a platform, and warm up your relationship with them.

The content would be designed for the culture surrounding the target audience you're after. This makes it more scalable, and puts you in a position whereby even others who may be tuning in to your video show, audio podcast, or following your article series may reach out to you for advice and enquiries, which your sales team can then pick up.

Deal sizes that are large in value create large competitive markets, which naturally come with raised switching costs for the customer due to contractual and implementation obligations, specifically in industries such as tech, insurance, and financial services.

In other words, once a customer is gone, they're off the market for a period of time, and sometimes large deals are hard to come by.

When you're limited by specific geographies, specialisations, and languages, this limits options further. Therefore, every detail in the sales and relationship building process matters, especially when you are not the cheapest.

With that, the Marketing function in an organization has an incredible value-add and advantage here, to create such shows that facilitate those relationships and pave the way for sales to take over and explore further after an episode has been distributed.

Think about it, key points that guests may have focused on could be great angles and levers to cycle back to and position against.

Also, certain cues or mentions in their story may provide context as to when may be the best timing for sales to take over.

Most of all, who ever is playing the role of the show host in your company would have one that person as a warm contact, that you can then contact again directly in the future, and so on.

By making sure that you approach your guests and shows with a "culture" mentality as opposed to a "products and services" mentality, your brand grows in value and likability, sparking meaningful conversations on social between others who are in your target audience as well.

This keeps you top of mind. It also helps to build brand and trust by building that credibility through association and the entertaining, value-add content you are providing to the culture that your target audience lives in, allowing you to provide your sales team an unfair advantage as they enter every sales conversation.

Want to brainstorm more around this? Chat to us now or book a call below

How To Write An Ear-Catching Podcast Script